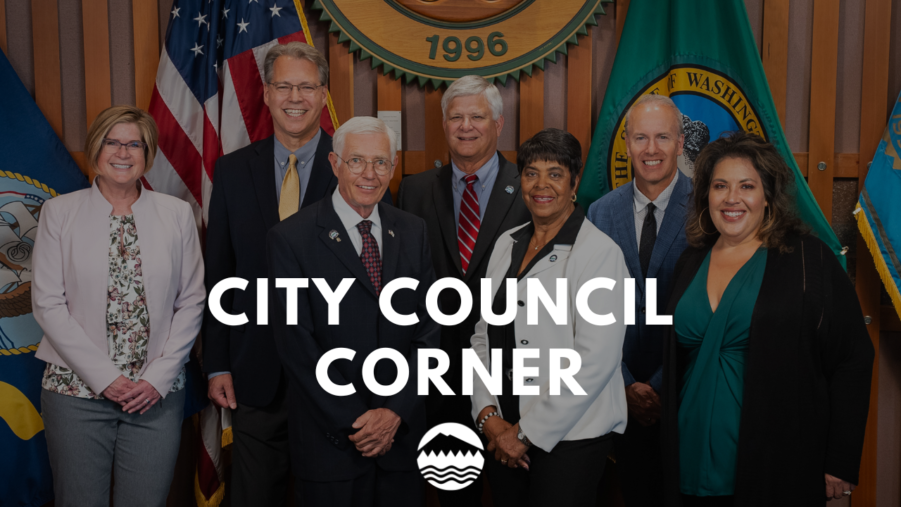 To start its meeting Sept. 6, 2022 Council presented two proclamations: One to West Pierce Fire & Rescue and Lakewood Police recognizing Sept. 11, 2022 as Patriot Day of Remembrance and the other to Jose Gonzales with Veteran Roofers recognizing Sept. 15-Oct. 15, 2022 as Hispanic Heritage Month in Lakewood.

After that, much of the meeting was dedicated to hearing from the public about proposed changes to the city’s tree preservation code.

A total of 118 comments were received. Of those, nine were written, 77 were emailed, and 32 people spoke at the hearing. Following testimony, Mayor Jason Whalen closed the public hearing.

Background: The City Council directed the City Manager to complete a review of the city’s tree preservation code after residents expressed concerns and interest in an update in 2021. From there an Ad Hoc Tree Committee was formed in February 2022. The committee engaged the public and met seven times to review things like urban tree canopy, habitat protection, and housing and job targets.