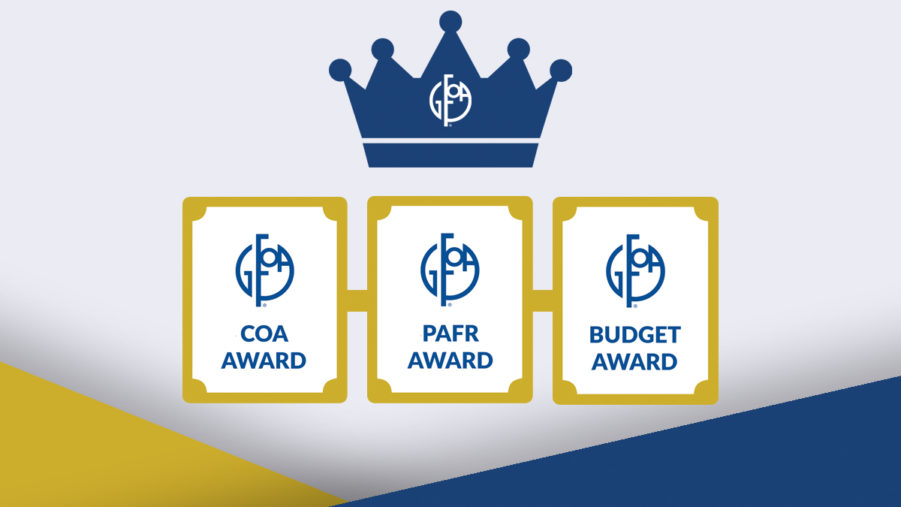 The city of Lakewood was named a Triple Crown Winner by the Government Finance Officers Association (GFOA). This designation recognizes cities that received the organization’s Certificate of Achievement for Excellence in Financial Reporting, Popular Annual Financial Award and the Distinguished Budget Presentation Award.

Lakewood is one of only 317 governments nationwide to receive this award. There are more than 19,000 towns, villages and cities across the country, more than 3,200 counties and thousands more special municipal districts. This means Lakewood’s financial reporting is in the top 1% of cities, towns and villages nationwide.

“This recognition is an outstanding and positive reflection on the Lakewood City Council, its employees and the tremendous leadership of Deputy City Manager Tho Kraus, who heads the city’s finance team,” said City Manager John Caulfield. “As our City Council reviews the city’s proposed 2023-2024 Biennial Budget and prepares for its adoption later this year, this recognition serves as a reminder of how well the city manages its finances.”

Founded in 1906, the GFOA represents public finance officials throughout the United States and Canada. The association’s more than 20,000 members are federal, state/provincial, and local finance officials deeply involved in planning, financing, and implementing thousands of governmental operations in each of their jurisdictions. GFOA’s mission is to advance excellence in public finance.