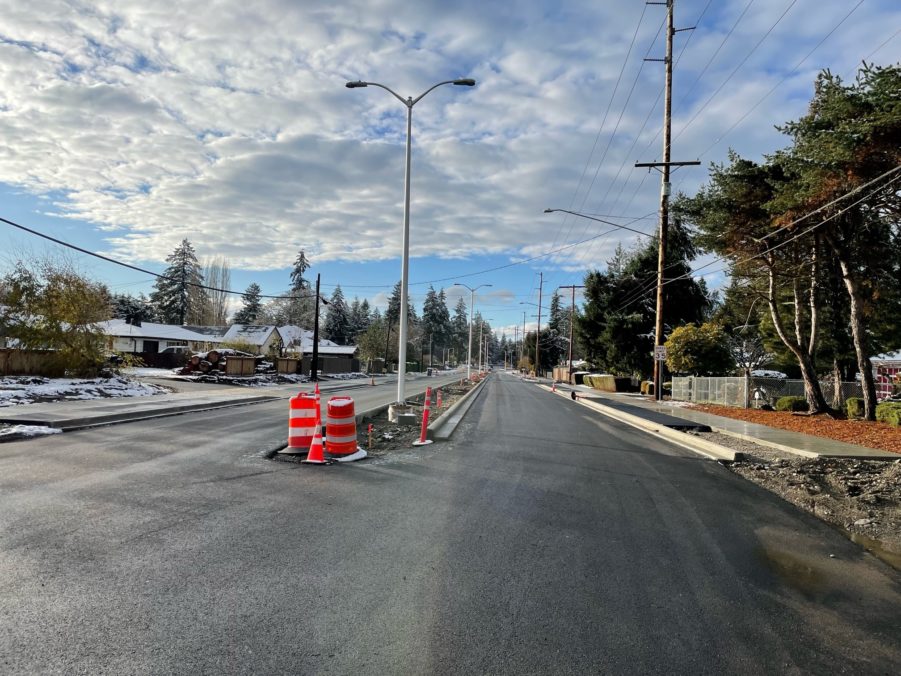 The next closure took effect Thursday, Dec. 1, 2022. This closure will be in place until roughly spring 2023. The closed roads include Vernon Avenue between Kenwood Drive and Moreland Avenue, and Washington Boulevard between Vernon Avenue and Lake City Boulevard. A detour is in place for through traffic.

Local businesses remain open during this closure. Access is granted to customers and residents who live on the closed section of road. Drivers are asked to use caution and please obey all signage.

At the start of the new detour Dec. 1, the contractor removed the traffic signal at the intersection of Washington Boulevard and Vernon Avenue. A temporary closure was in place for this removal which initially impacted drivers trying to access local businesses. Normally local business access is allowed, but was not during the removal of the pole and wires for public safety.

Crews will begin pulverizing the road surface and removing pavement Dec. 2, 2022. Utility construction will follow starting Dec. 5, 2022. Crews are set to install storm drainage and a new water main as part of this construction. This work is expected to last into early February or later, if inclement weather causes delays.