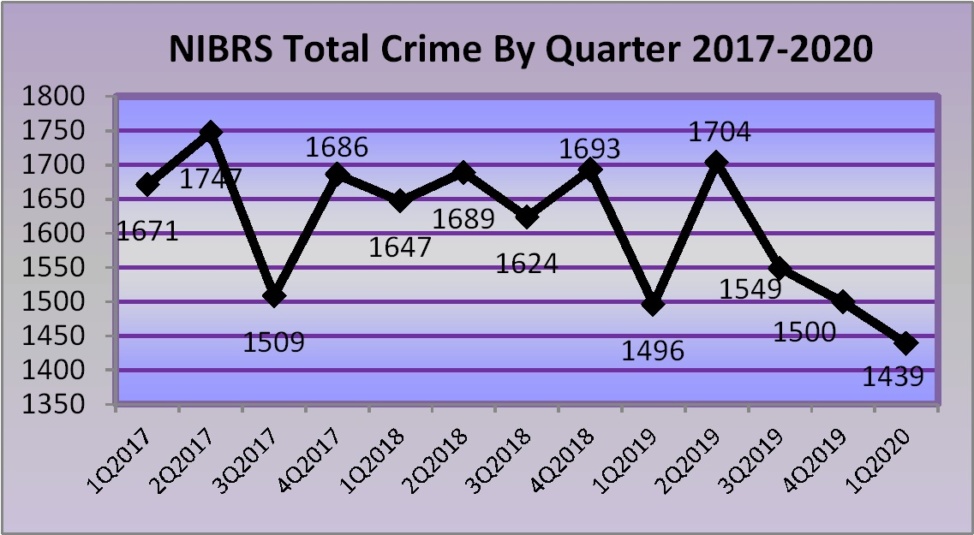 Crime in Lakewood continues to decline. At the end of the first quarter of this year crime was down another 3.8 percent. In 2019 the city’s overall crime rate dropped just over 7 percent.

First quarter of 2020 showed continued declines across a number of the areas in which the Lakewood Police Department tracks crime, including declines in property crimes, person crimes and overall crime.

Specific to property crimes and the city’s overall crime rate, each had boasted the lowest quarter recorded in five years.

Person crimes were down 10.6 percent from the first quarter in 2019, marking the second lowest first quarter recording the department has seen in three years.

While crime statistics fluctuate due to varying factors, the long-term trend in Lakewood is that overall crime continues to be on the decline due in large part to the efforts of the men and women in the department and the partnerships they’ve built with our community.

“While we like to see the downward trend, we know there is more work to do and we need to remain vigilant to continue reducing crime,” said Police Chief Mike Zaro. “Particularly in the face of drastic social and economic changes.”

Looking at the one month period from March 23 to April 23, 2020 when Gov. Jay Inslee’s Stay Home, Stay Healthy proclamation ordered Washingtonians to remain home except for essential service visits, the department’s calls for service dropped nearly 16 percent from the same period in 2019.