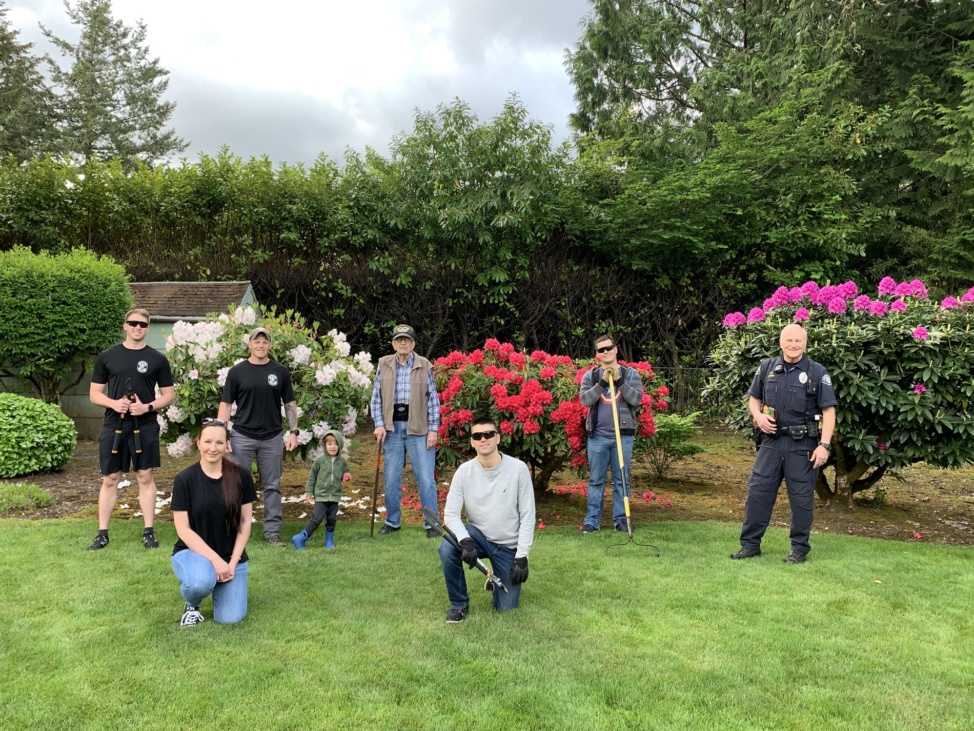 Last month approximately 60 members of the U.S Army Company HHC 4-23 Infantry participated in a community service event in the city of Lakewood.

Initiated by Army personnel, the soldiers teamed up with city of Lakewood maintenance staff and Lakewood police officers. The newly formed group named the May 21 event: Operation Clean Sweep.

During the event several projects were identified in the city and teams of soldiers deployed to each site alongside Lakewood personnel. The event was very successful and resulted in some great work accomplished, which benefited the community.

As part of the cleanup project, which included painting over graffiti, supplies were purchased at Lakewood Hardware and Paint. This Lakewood business chipped in, donating five gallons of paint and discounted some of the supplies for the project.

As part of Operation Clean Sweep the following work was accomplished: