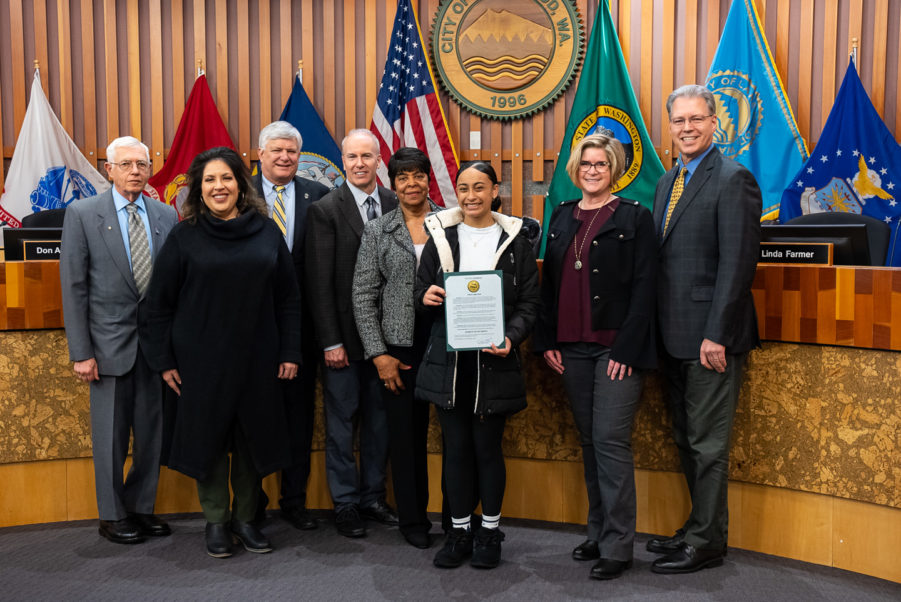 “We have ten daughters collectively as a council, and believe me when I say that we hope they all have the opportunity to become leaders and thrive.”
– Mayor Jason Whalen

WHEREAS, women of every race, class, and ethnic background have made historic contributions to the growth and strength of our nation in countless recorded and unrecorded ways and continue to play critical economic, cultural, and social roles in every sphere of the life of the nation by constituting a significant portion of the labor force working inside and outside of the home; and

WHEREAS, women have played a unique role throughout the history of the nation by providing the majority of the volunteer labor force of the nation and were particularly important in the establishment of early charitable, philanthropic, and cultural institutions in our nation; and

WHEREAS, women of every race, class, and ethnic background served as early leaders in the forefront of every major progressive social change movement; and

WHEREAS, women have served our country courageously in the military; and

WHEREAS, women have been leaders, not only in securing their own rights of suffrage and equal opportunity, but also in the abolitionist movement, the emancipation movement, the industrial labor movement, the civil rights movement, and other movements, especially the peace movement, which create a more fair and just society for all; and

WHEREAS, despite these contributions, the role of women in history has been consistently overlooked and undervalued, in the literature, teaching and study of history.

NOW THEREFORE, the Lakewood City Council hereby proclaims March as WOMEN’S HISTORY MONTH in the City of Lakewood and calls upon all residents to acknowledge and honor the contributions and accomplishments of women.