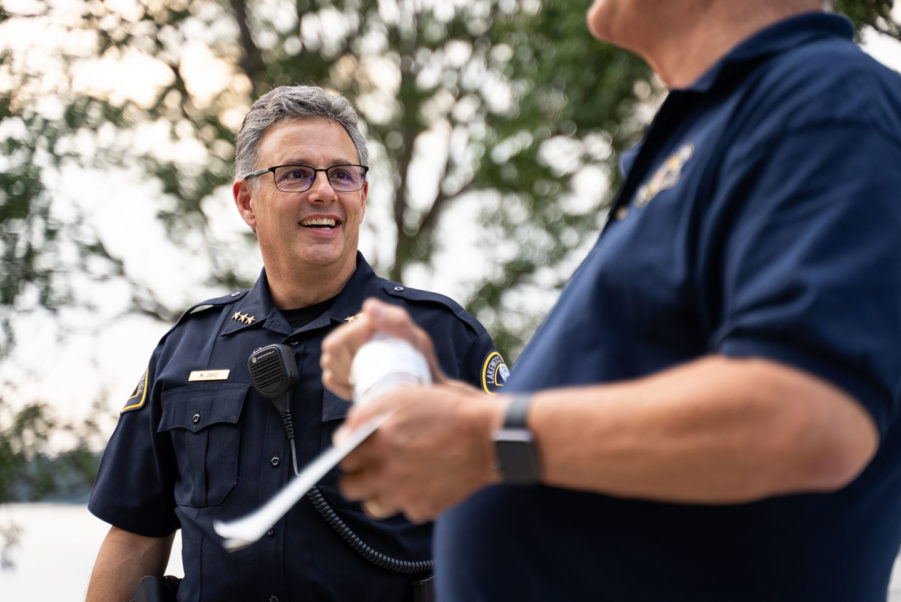 Written by Mike Zaro, Chief of the Lakewood Police Department

Several months ago, I wrote about the recent police reform legislation passed by our state lawmakers and the potential impacts it will have on our response. At the time, the legislation was still new and all we could do was surmise what the impacts might be.

Now that several months have gone by, we know what the direct consequences and impacts are with very specific examples to demonstrate how those reforms, while well-intentioned, have damaged public safety.

The specific cause and effect relationship might not be clear, but consider this: most crimes are committed by a small number of individuals committing multiple offenses. If there is no accountability for those individuals, they will continue to commit their crimes and actually increase their activity.

Accountability takes the form of police intervention to catch the people committing these crimes. This crucial step allows the prosecutors and judges to play their roles in the criminal justice system. This process has been short-circuited, however, by the police reform legislation.

In order for the police to arrest someone, we have to be able to catch them. The new legislation removed our ability to do that in a lot of cases through the elimination of reasonable suspicion as a justification to either detain an individual or pursue them in a vehicle.

How do I know this is occurring? Since the new legislation took effect, we have seen a sharp increase in incidents where people flee from officers trying to stop them in a vehicle (known as eluding). We went from an average of 5 incidents per month to over 30 in December. These are 30 incidents where officers could have at least attempted to pursue a criminal suspect but are now prevented from doing so. Many of these incidents involved stolen vehicles but we’ve also seen incidents involving more serious crimes where the same laws applied.

On the 6th of this month, our officers responded to a residential burglary with a suspect still inside the house. Nobody was supposed to be in the house other than the suspect so officers made several attempts to call the suspect out before going in. The suspect had other plans. He had a car parked in the garage and when he heard police outside, he started up his car and drove through the closed garage door and out to the street. Because the crime of residential burglary did not meet the criteria for pursuit in the new legislation, officers had to let him go. Someone breaks into your house, destroys your property in an attempt to flee, and officers have to just watch him drive away. This is incredibly frustrating for the officers and victims and only reinforces the behavior for the suspect.

There was a second, even more violent example that same night. Officers received a call from a female motorist saying she was being followed by another car shooting at her. One of the responding officers saw the suspect vehicle before being able to talk directly with the caller. If you remember from my previous discussion about reasonable suspicion vs probable cause, the officers would need to talk with the victim directly to establish probable cause. At the time the officer saw the suspect vehicle, all he had was reasonable suspicion and had to let the vehicle go. Once officers did talk directly to the victim they learned that the suspect was her boyfriend and he had made threats to kill her. He also had a warrant for his arrest for unlawful possession of a firearm. By all accounts a very serious crime and a dangerous person, but the new legislation prevented officers from pursuit.

It’s worth noting, too, that this happened just days after our first homicide of the year under similar circumstances. The victim called 911 to say she was being chased in traffic and shot at by her ex-boyfriend. Dispatchers had to listen to the victim’s final screams while the suspect shot her multiple times. When officers arrived they found her unresponsive and did what they could to save her but, sadly, she lost her life. I share this as a very real example of the dangerous and violent people who are out there and for one reason or another intend to do harm to others.

For our officers and the victims who call us, these are not hypothetical situations. They are all too real.  We need to stop treating public safety like some sort of academic exercise. The laws we pass have real consequences and affect real people. As troubling and frustrating as this has been, there is hope for improvement. I’ve had several promising conversations with our state lawmakers about legislative improvements in this upcoming session. I sincerely hope they take it seriously and move us in a safer direction. The people of Lakewood and our entire state deserve it.