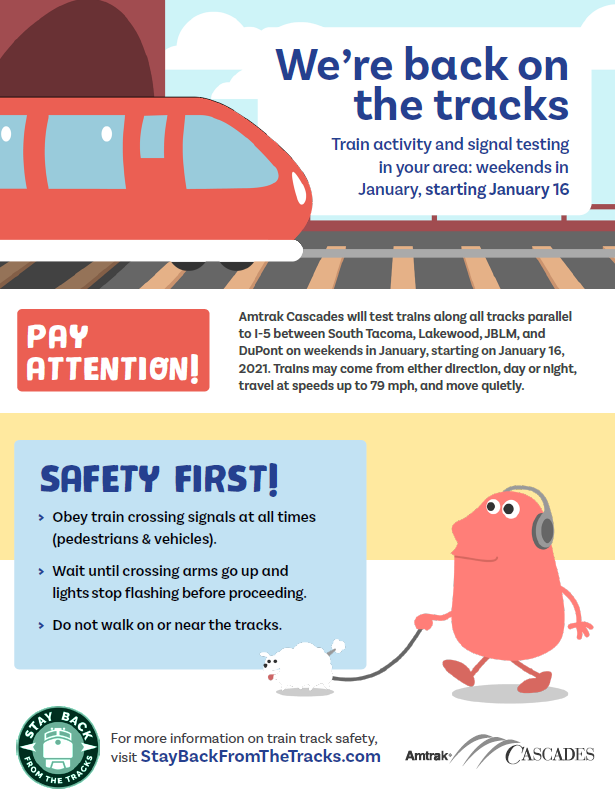 On January 16-17, Sound Transit in partnership with WSDOT and Amtrak, will run trains on the Point Defiance Bypass for railroad signal testing. Trains will run from Tacoma Dome station to the Nisqually Junction. Testing will take place from 8 a.m. to 4 p.m. both days with trains running at speeds up to 79 mph.

Travelers may experience traffic delays at railroad signal crossings and the public is asked to use extreme caution near the railroad right-of-way.